Last night the annual CMO 100 Index was launched at partner Oath’s EMEA HQ with a panel on ‘Brand Love’ featuring a diverse range of communications professionals from major Irish and international brands.

MC Selina McCarthy of Reflektor.ie moderated the night, opening with an introduction to Brand Love and what it means for brands before introducing Neil Butler, Commercial Director of Business & Finance who spoke about the CMO 100 Index and its importance in the marketplace.

The panel kicked off with Pat Scully from Oath speaking about the 6 pillars of brand building that Oath’s recent market research uncovered. The six pillars are: Exceed expectations, personalise – people want to be targeted as individuals not part of a group, set a voice, Stand out, have a singular message and set a trend.

Pat Kiely spoke about rebranding TV3 to Virgin Media Television, how a centralised content base is increasingly important, how content is king and why they undertook rebranding at a time when TV3’s brand awareness was at an all-time high. Pat Scully added to the theme of rebranding by highlighting that the research Oath had undertaken shows that,

Brands that rethink, reinvent and repeat are far more likely to resonate with consumers. That is the insight that top branded companies have.

The panel concluded with some questions from the audience. 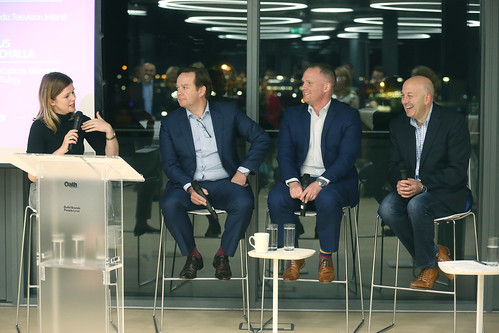