The Ireland INC Index, which compiles the 50 top Irish companies investing and operating in the US was launched last night by Ian Hyland, President of Ireland INC, hosted by US Embassy Chargé d’Affaires, Reece Smyth. The report was supported by KPMG and Anna Scally from KPMG spoke at the event as did David Walsh of Netwatch. Launching the event, Ian Hyland spoke about the many successes that Irish companies have had in the US and how “Ireland’s footprint in the United States has continued to progress in line with the successes of our best companies, who include CRH, Kerry Group, Greencore, Smurfit Kappa and Netwatch.”

Ireland’s special relationship with the US

Host, Chargé d’Affaires Reece Smyth, illustrated the special relationship that exists between Ireland and the US with “10% of the US population identifying as Irish – this means approximately 32 million people identify as Irish.” The US Embassy’s Select USA which has an office in Ireland – one of only 12 worldwide – helps Irish businesses enter the US market and is leading an Irish delegation to Washington this month. He stressed how available they were to assist Irish businesses to do business in the US, stating how valuable this was for both the US and Irish economies. Phenomenal growth in the US

Anna Scally of KPMG, spoke of the phenomenal growth of Irish companies in the US with over 700 in the US with “at least 100 having ‘boots on the ground.'” She continued: Irish experience launching in the US

David Walsh of Netwatch, whose securities monitoring company has recently acquired two other companies in the US, spoke about his experience of entering the US market, and the lessons learned. While being Irish is a huge advantage to opening doors in the US it doesn’t ‘close deals’. “Being Irish is a huge advantage in the United States of America – it open doors, it gets us into Corporate America, but in reality, it doesn’t close deals. We need to have a very, very strong value proposition, we need to be clear about our sweet spot, what we’re trying to do before we land, because as open as they are to the Irish, unless we have a really strong proposition, they won’t deal with us.”

If you would like to read the Ireland INC Index and see the top 50 companies investing in the US, you can download it here. 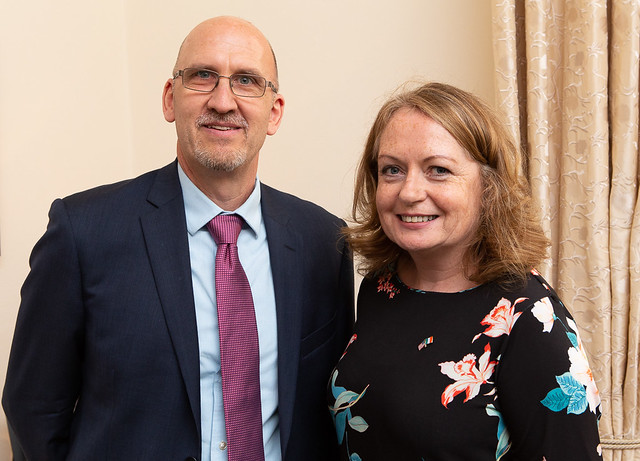