Speaking at the event, Ian Hyland spoke about the massive changes and transitions Ireland has undergone as a country before introducing the Attorney General to speak further.

In our progression, Ireland – economically, culturally and as a society – has gone from surviving to thriving and in so doing, we have claimed the admiration of many of global counterparts.

Hyland continued: “Amid an everchanging and, indeed, challenging global landscape, Ireland has turned its arc of progress towards brighter days and the Irish Business community, both at home and abroad has played a key role in this, in partnership with government.” In reflecting on this progress tonight, I am delighted that Attorney General Seamus Woulfe has joined us. As a student of Belvedere College growing up, Seamus quickly became acquainted with the Jesuit values of ‘pursuing a just world’. For Seamus, this education would form the backbone of a moral compass that would shape his legal career that was focused not just on doing things right, but doing the right things.

Taking the podium, the Attorney General then spoke about Brexit, GDPR and how the law has evolved since his time studying at Trinity. After the Attorney General’s speech the floor was opened up for questions. Former Tánaiste Mary Harney, Executive Director of Unicef, Peter Power, and Senator Michael McDowell all contributed to a lively conversation. 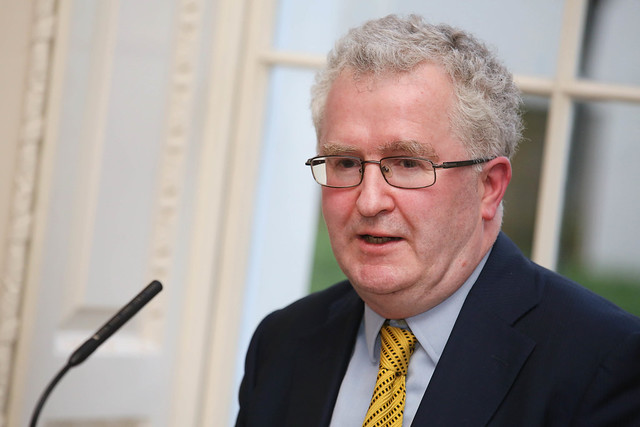