The 9th annual Ireland Day convened major business and political leaders to discuss the future of the Irish US economic partnership and how to strengthen it in the face of global political changes. Opening the event, Ireland INC President, Ian Hyland, spoke about the strong economic partnership between Ireland and the US and how it is now a ‘partnership of equals’ that ‘will grow deeper by facing geopolitical challenges together.’ John Tuttle, COO of the New York Stock Exchange welcomed Ireland back to the NYSE, and referenced the impending and unforeseen consequences of Brexit, but praised Ireland’s creativity and fortitude in the face of challenging times.

In a challenging economic environment Irish companies look for the opportunities. The theme of the Leadership Breakfast was Brave New World and speakers including Ciaran Madden, Consul General of Ireland, New York, US Charge d’affaires, Reece Smyth, Director of North America, IDA, Emmanuel Dowdall spoke about the key issues of how to continue to strengthen the Irish US partnership, both economically and diplomatically. Emmanuel Dowdall said,

Certainty is our most important commodity. Certainty for business with Ireland’s place in Europe.

US Chargé d’Affaires, Reece Smyth focused on how the two-way relationship between Ireland and the US can be maintained with increased cooperation. Keynote speaker, Congressman Richard Neal spoke of the importance of the Good Friday Agreement and how vastly different Northern Ireland is since it was instated.

Today, Northern Ireland is a prosperous part of the island.

He referenced the fact that the US was an ‘honest broker’ in the peace process and stressed the importance of maintaining no border between Northern Ireland and the Republic of Ireland.

We have encouraged the EU to be unyielding in their position about the border. No return to a border. The discussion covered a wide range of topics including the Irish US partnership and how to strengthen it in the face of Brexit, the possible implications of Brexit to Ireland and the US and Ireland as a ‘gateway to Europe’ for the US. 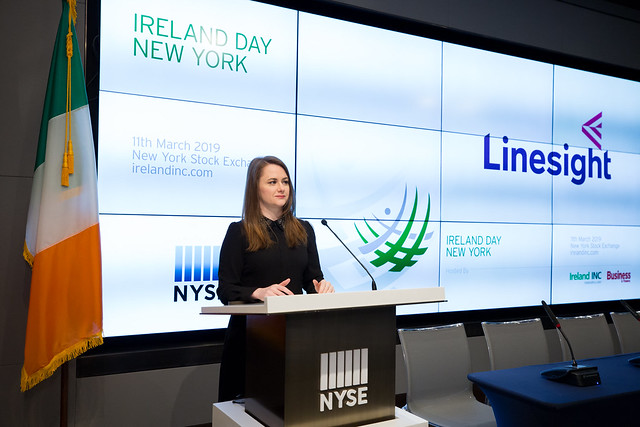